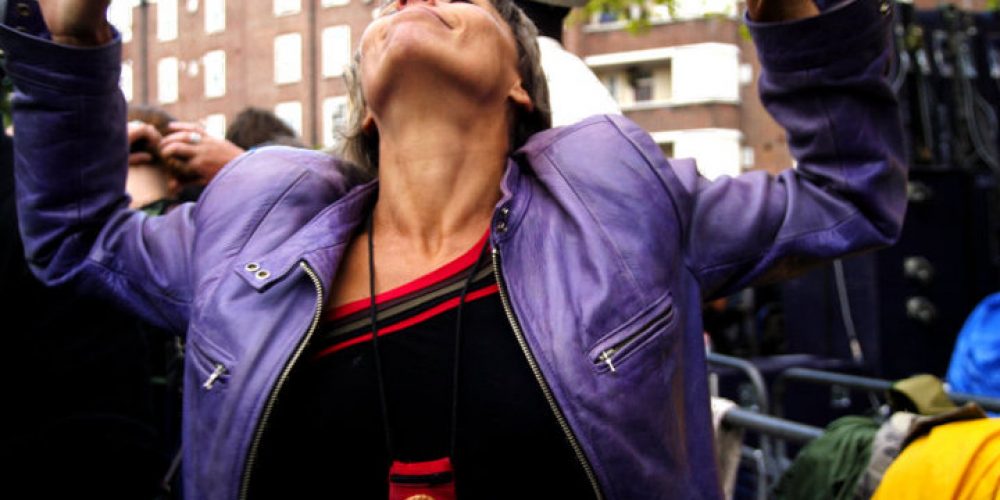 1992 to present (30 years later  !!!) After many significant trips to London and experiencing Dingwalls, The Fez, Subterrania then later That’s How It Is at Bar Rumba, The Fridge moved permanently to London working as researcher for MTV Europe and as a correspondent for Acid Jazz magazine and Radio Italia Network in London.

Later on started promoting the artists I was writing about so this meant that I was able to push what was coming out fresh from the London scene and in particular via Straight no Chaser magazine – big shouts go out to the whole Chaser fam which includes Paul Bradshaw, Kat Willgress, Swifty and Janine ‘Dingwalls’.

These were the 90’s where all kinds of new music things were happening and that was my element….

2004 went on working for the London Symphony Orchestra which, oh gosh!!!!

An experience that truly gave me absolutely extra extended pleasure and shiver at the same time for how far more music wise my knowledge was expanding until when, towards

2007 with a new job, I connected with furthermore amazing people-festivals (Big Chill, Glastonbury) and so worked with artists including Norman Jay MBE, Jazzie B OBE, Joey Negro, Incognito, Gilles Peterson or, on a couple of occasions even with legendary David Mancuso from NYC – big shouts to the LCSS fam for bringing the NYC Loft party to London so rooting the Mancuso definitive presence (rip) here in the UK for almost 15 years now.

I have been a proud volunteer of this legacy led by the Lucky Cloud Sound System > Colleen Cosmo Murphy, Tim Lawrence (writer, journalist, musicologist David Mancuso, Arthur Russell expert) and Jeremy Gilbert with whom 4 times a year we put on an incredible party.

Gratefully I spent most of my time in London connecting with music and music people with the attempt to share (before social media times) the goodness I was experiencing music wise by living in London which I was push-promoting in Italy with sweat.

Blood and tears all the way: I feel I have been a bit of a pioneer in the scouting of new up and coming talent or in the rediscovery of long lost legends: LTJ Bukem. DJ Vadim, Wiley JME Skepta, Ashley Beedle, Sugarhill Gang, Pat Thomas, Tony Allen, Seun Kuti …

In truth, when I am not dancing lol…

I am always involved with research-press, events, radio docs and anythning inspired by music like for example the Eddy Grant lit up of the Electric Avenue signage in Brixton, the Rankin photographer – Hunger magazine ever so acclaimed Issue12 featuring Stormzy or the Rankin’s Heidi Klum book launch, the WeAreInPuglia event in London promoting an Italian music festival while savouring proper Puglia food and wines at legendary Total Refreshment Centre on one of its last nights featuring Laura Mvula, Calibro35 and DJ broadcaster Tina Edwards including PugliaHomegrown brother Mr Faso.

In recent years, together with organizing unique multimedia Arts crossover events-parties for selected clients/festivals in Italy, the ultimate leitmotif of her search has been reaching out to people to open up for new directions hence the never forgotten purpose of wanting to be a radio broadcaster-music selector that plays music with a message hence her new acclaimed name as a dj-selector as Roberta ReachOut.

Her followers say: “it’s an incredible joy watching her spinning (LullaBay in Puglia last summer, and Bookclub, The Seveney, The Horse & Groom, Spiritland in London): being such a natural happy dancer with complete devotion to music, spinning has just become second nature to Roberta” (Matt Smooth / Soho Radio #NeverDugDisco)

Absolutely addicted to music, the Arts and anything that concerns an anthropological quest for good living or saving the planet practising yoga and follow a healthy vegetarian diet is a must even though I have an absolute addiction to chocolate and can absolutely devour ice creams which have to be 100% made in Italy or by Italians.

I love coffee, stay away from alcohol and enjoy anything plant based!

Besides, there is no place like London for its diversity and, according to me Brexit is a big pile of rubbish if anything anachronistic and beyond!

Cycling and walking is the new way forward, travelling abroad is not gonna be framed anymore as the easy-jet setting act of ignorance of many and yes, of course I do miss my beautiful Puglia sometimes while I am in London but hey … c’est la vie, life is no perfect and in truth it’s really what we make of it!