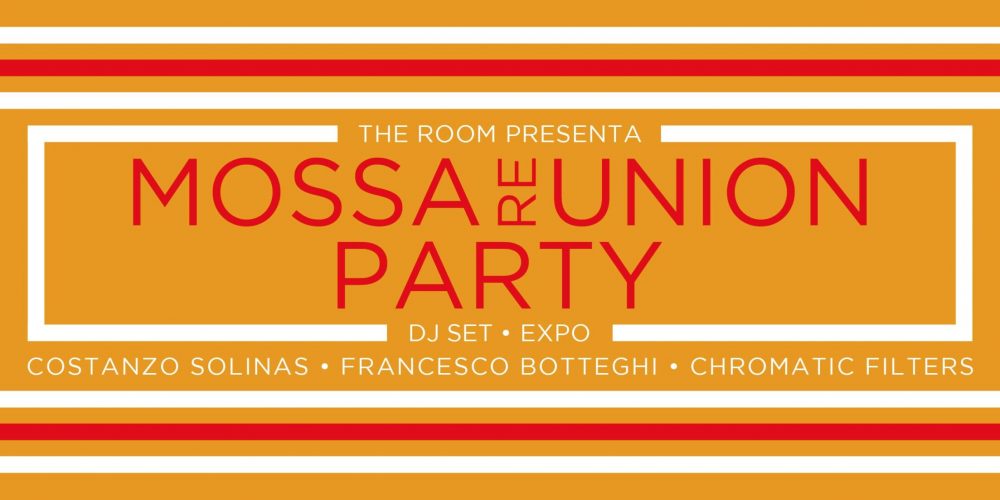 Originally recorded at the room in Sassari by the legendary djs of Associazione Culturale Mossa , the group behind Discovery Sardinia .

1998 the MOSSA group, formed as a cultural association, organized the first festival dedicated to jazz dance sounds in Alghero, which included some of the most important names on the Italian and international music scene of the moment.

We remember: Paolo Achenza trio and Quintetto X, in that period leading groups of the Italian soul jazz phenomenon, and appreciated in the best European jazz clubs.

The activity of the MOSSA cultural association was incessant until the end of the nineties.

In September 2003 the first international event was organized in Alghero. The collective of Dj’s VIBEZONE, from Copenhagen, which includes Dj’s Tony M and Katrine Ring, are invited to participate in this event.

The chosen period was the Easter weekend, in order to allow even the foreign public to go for a short holiday in Sardinia, the location of the event is always Alghero. On that occasion, in addition to the main local Dj’s, Pedo Knopp from Frankfurt and Pete Lawrence from London are invited.

In 2006 we were commissioned to promote the Red Bull Music Academy in Sardinia. To promote this interesting opportunity for young local talents, we organized a seminar with the participation of Alessio Bertallot in one of the best cultural club in Sassari, the tumbao.

Considering the success of the previous year, the same scheme was re-proposed, seminar with an eminent character from the international music scene and subsequent musical evening.  Kees Heus is invited by Amsterdam to host the meeting. Kees Heus is known in Holland with the stage name of KC The Funkaholic.

On December 31, 2007 the Soulful New Year event takes place in Sassari. Motor City Drum Ensemble was the guest of honor.

The first edition of SOULPOWER CONNECTION takes place in June 2008 to complete a long series of events and collaborations.

The event held in Sassari presented some of the most important references on the European jazz, soul and funk music scene like David Nerattini , Adrian Gibson , Karsten John and KC the Funkaholic.

ALGHERO SOULPOWER WEEKENDER The event took place in Alghero on 10-11-12 April 2009. Soulpower Sardinia Easter Event is the event that saw the participation of the best local Dj’s engaged in offering the most refined and innovative contemporary music scene can boast. In particular, in our artists they performed in performances related to the tradition of African-American music in all its variations.

The highlight of the event was the performance of Alex Barck from the Berlin collective Jazzanova, Volcov (Enrico Crivellaro) of the Neroli record label and Sanchezlife of the GKF record label.

In September 2011 the DISCOVERY SARDINIA FESTIVAL took place in Alghero.